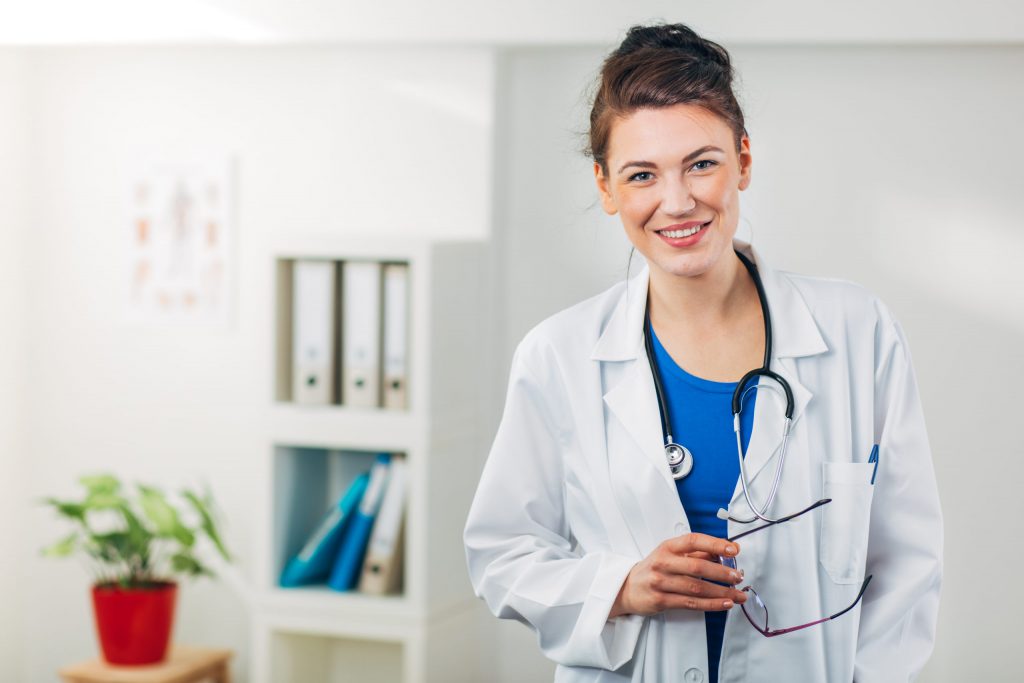 Wound Care Specialization: An Option for Physicians without Residency Completion

In their final year of medical school, medical students must decide upon a specialty route to pursue during residency training. Most medical school graduates will enter a residency program that is accredited by the Accreditation Council for Graduate Medical Education (ACGME). During residency, they undergo training for a designated amount of time before they receive a primary specialty board certification.

However, not all medical school graduates who start a residency program will complete their training. Residency attrition, or the discontinuation of a graduate medical education (GME) in one’s chosen specialty, is a costly and disruptive phenomenon that can prove frustrating for medical facilities and for physicians seeking a new path. A study published in JAMA Surgery evaluated 795 medical school students who graduated between the years of 1994 and 2000 and found a 6% attrition rate.

A resident’s decision to leave their GME program may be influenced by factors such as burnout, dissatisfaction with a chosen specialty, external or personal reasons, and/or a desire to pursue a different career path. For physicians who seek to leave residency but desire autonomy, clinical satisfaction, patient engagement and work-life balance, wound care is an increasingly appealing option. Wound care is an emerging subspecialty that offers physicians the opportunity to earn a competitive salary while maintaining a flexible schedule and personal freedom. Wound care is the ideal choice for physicians from multiple specialty backgrounds who are technically skilled, procedurally-oriented and patient-focused.

Physicians interested in learning more about a career in wound care at Vohra are invited to explore our open opportunities. 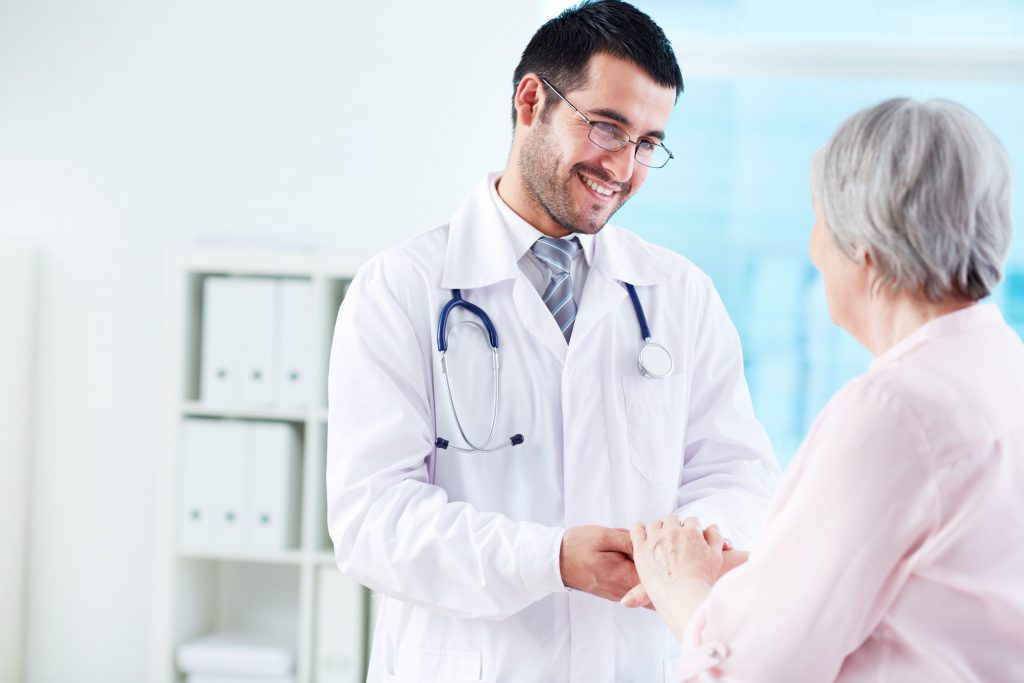 Is There an Ideal Time to Leave Residency?

Depending on when a physician leaves residency, their options for next steps may be limited. To apply for a medical license, doctors must have completed at least an internship, and must have passed all three United States Medical Licensing Examination (USMLE) or COMLEX board exams. The third USMLE exam, referred to as Step 3, is typically taken at the end of intern year and calls upon knowledge gained during clinical training.

As a result of these requirements, clinical opportunities are limited for those who leave prior to completing their first year of residency. These physicians may decide to utilize their clinical knowledge to pursue research or consulting work. On the other hand, physicians who complete two or more years of residency training before leaving have more plentiful options when deciding upon a second career and may be able to pursue a different subspecialty, such as wound care.

Burnout is an occupational phenomenon that affects approximately two-thirds of physicians and significantly contributes to residency attrition, according to a 2018 study published in JAMA. To become a practicing physician, students must push themselves academically for eight years of undergraduate and medical school, after which they must apply for residency.  Residency involves several more rigorous years of training and medical practice, after which a doctor can either begin their medical career or pursue a fellowship.

Burnout is caused by long-term work-related stress, such as that caused by excessive workloads, lack of work-life balance, feelings of underappreciation, disenchantment with the medical field, and administrative burdens. It is incredibly common in physicians due to the high-stress nature of their careers and their lack of personal freedom. Physician burnout can have far-reaching ramifications. It has been linked to diminished professional performance and medical errors, based on work carried out by Stanford University School of Medicine and funded by the National Institutes of Health. Furthermore, a burned-out doctor may decide to leave the workplace, which can accelerate the process of burnout in other doctors due to workload shifting.

Specialty choice regret can be a significant factor in a resident’s decision to leave their GME program. A 2018 study in JAMA assessed burnout and career choice regret in over 3,500 second-year residents of varying specialties, and results found that 7% of residents regret their specialty choice.  Specialties with the highest reported levels of career-choice regret were pathology (32.7%), anesthesiology (20.6%), general surgery (19.1%), neurology (17.4%), and psychiatry (16.9%). Most residents who reported specialty choice or career dissatisfaction also reported symptoms of burnout.

Resident burnout and specialty choice regret can also be partly attributed to length of training. Residency can range from approximately two to seven years in length depending on the specialty. For example, psychiatry takes four years, whereas general surgery takes five and neurosurgery takes seven. Longer residency programs can be more rigorous and tend to have higher rates of attrition.

A 2018 study published in JAMA Surgery examining GME attrition in 836 surgical residents found that women and Hispanic residents have the highest rates of late attrition. Late attrition, or attrition in the years following internship, is particularly concerning and indicates a need for intervention. While men and women had the same attrition rate during the intern year, after four years of residency the rate differed significantly. Residents of Hispanic ethnicity showed higher attrition rates after the first year as compared to non-Hispanic counterparts.

This study suggested that higher rates of late attrition in women may be explained by the greater personal responsibility women have as they progress through residency, such as that associated with starting a family. While most female surgical residents enter their GME program unmarried, they may begin family planning while in residency and experience significant challenges in balancing personal and clinical responsibilities. The researchers also noted that Hispanic residents are more likely to have children when they begin residencies, which can prove challenging when acclimating to a new program and lifestyle.  Many other studies exploring gender-related attrition across specialties have had similar findings. 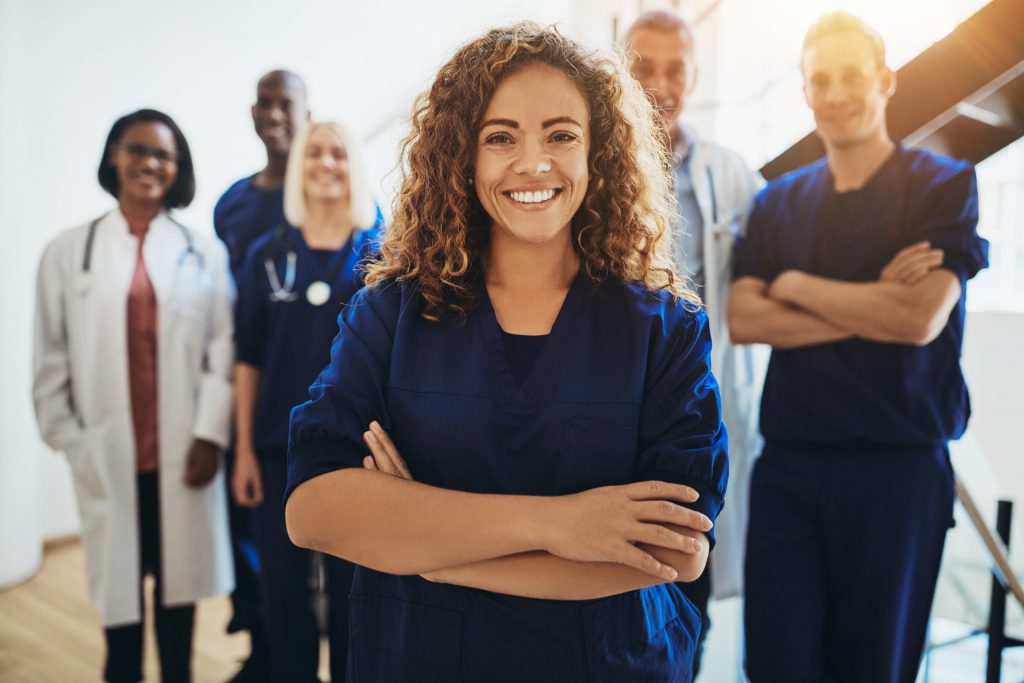 Wound Care is an Alternative Subspecialty Option for Doctors

Most physicians who leave residency still desire to practice medicine, albeit in a different specialty or with a less demanding schedule. Wound care is an excellent alternative career choice for doctors considering transitioning to another path. The skills utilized in wound care management are largely transferrable from a variety of specialties, including vascular surgery, plastic surgery, internal medicine, general surgery, family medicine or primary care, and transplant medicine.

In addition, wound care physicians can enjoy a work-life balance not afforded by many other specialties. As the population ages, the demand for physicians skilled in wound care and prepared to lead interdisciplinary teams continues to rise. There are several paths to becoming a wound care expert, and not all require completion of residency training. Many physicians with backgrounds in specialties such as general surgery, vascular surgery, internal medicine, plastic surgery, emergency medicine, and family practice find satisfaction and success in wound care.

In the coming years, wound care will likely become a recognized Board certification. It is likely that physicians with ample experience practicing wound care could have their certification waived, as was the case with emergency medicine in the 1980s.

What Does Being a Wound Care Physician Entail?

Wound care involves managing the treatment of chronic and acute wounds. The etiology of these wounds is typically trauma, pressure, diabetes, burns, autoimmune disorders, or nutritional deficiency. Wound care practitioners utilize their clinical skills to evaluate and manage these wounds using appropriate interventions and assessment of comorbidities. Physicians working with Vohra typically travel to skilled nursing facilities (SNFs) or Long-Term Care Facilities (LTCFs) in their surrounding community on a weekly basis to assess patients and deliver custom treatment plans. This care model serves to preserve continuity of care, minimize infection risk, and decrease stress on the patient from transportation.

Wound care calls upon the technical and procedural skills of a physician, as it includes procedures such as debridement, cauterization, blood flow restoration, and skin grafting. Vohra physicians practice the most innovative, research-backed methods and continuously contribute to advancements within wound care science. Wound care is also an in-demand emerging subspecialty that can provide a breadth of benefits. Vohra physicians enjoy a competitive salary, a consistent and flexible 9-5 schedule without nights or weekends, full employee benefits, and opportunities for advancement. 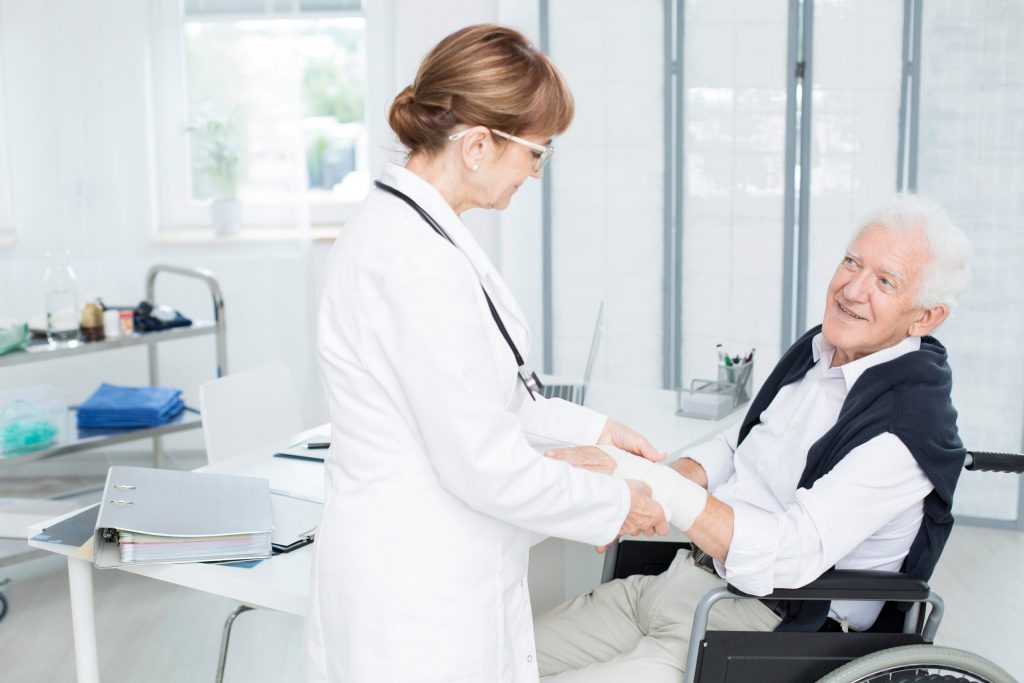 Physicians Who are Successful in Wound Care

Successful wound physicians possess adept medical skills and commitment to excellent patient care. They are also excited by the prospect of being on the forefront of medical advancements within the field. Successful wound care physicians (WCPs) possess the following traits:

Procedurally adept: WCPs utilize transferrable clinical and surgical skills to perform procedures such as cauterization, bedside debridement, and skin grafts. For this reason, residents with training in specialties such as vascular, plastic, and general surgery tend to thrive as wound care physicians.

Personable: Strong interpersonal skills are a must for any physician looking to excel in wound care. Vohra Physicians travel between SNFs within their community and interact with multiple teams of medical professionals such as nurses and other physicians. In addition, WCPs have the opportunity to form strong physician-patient bonds with the geriatric patient population they treat. Residents trained in family practice and internal medicine tend to enjoy this aspect of wound care due to the patient-centric focus of those specialties.

Wound physicians working with Vohra are uniquely committed to building lasting relationships within their medical communities, engaging in advancement of the wound care subspecialty and improving patient outcomes. These qualities have led Vohra physicians to consistently produce superior wound care outcomes, including a 21-day improvement in healing time and an 86% reduction in wound-related hospitalization and complications.

Resident attrition from accredited graduate medical education (GME) programs is a multifactorial phenomenon. A doctor may choose to leave residency due to specialty choice regret, burnout, personal factors, or simply a desire for change. Whatever the reason, most who drop out of residency ultimately pursue another specialty route or seek a second career in the medical field.

Wound care is an appealing option for those who completed two or more years in a residency program approved by the Accreditation Council for Graduate Medical Education (ACGME). Wound care allows physicians to apply their medical expertise and provide meaningful patient care without sacrificing their personal lives. Vohra Wound Physicians offers work-life balance, high levels of professional autonomy and satisfaction, and the opportunity to help advance an emerging subspecialty.

The Allure Group in New York City, NY is a corporation that has chosen to partner with Vohra Wound Physicians in all 6 of its skilled nursing facilities. This standardized […]

Summary Greystone Miami Region selected Vohra in April 2017 to provide physician-led expertise in wound care.  This was based on Vohra reputation and experience. Greystone’s Director says “the results speak […]