This video shows a brief demonstration of a three-layer compression wrap which is the mainstay of treatment for the underlying venous insufficiency.

Venous stasis ulcers are difficult to treat often because the underlying cause is not addressed. Various dressings can be used but it’s very unlikely that they will heal unless the edema caused by the venous insufficiency itself is addressed.

Because of the hydrostatic pressure, particularly when the lower extremities are in the dependent position, the interstitial fluid increases. That increases the distance from the capillary bed to the skin surface meaning that there’s a greater diffusion distance for nutrients and important cells that are involved in the healing process to get to the skin. So, if a wound should form on the skin it’s less likely that it will heal. This is one of the many reasons to treat the underlying edema associated with venous stasis.

Secondly, after blood pools because of the hydrostatic pressure, hemosiderin deposits occur and that’s where you get your discoloration and ultimately your brawny edema.

The idea of a multi-compression wrap is that the initial layer is for protection of the skin and to some degree comfort. The second layer is generally a high stretch fiber that provides a constant but yet gradient of pressure which is high at the proximal end and continuously gets lower towards the knee. This creates a conduit and augmentation to venous return proximally. The third layer is generally a short stretch fiber which dynamically augments the pump action of the calf muscles for the blood back proximally towards the heart. It does not create a tourniquet effect and at rest it does not create undue pressures. But, during ambulation or during physiologic muscles movement it augments that pumping action to produce increased blood flow via the venous system back towards the heart.

What I mean by graded is that you want to have the highest pressure down here at the foot and ankle and the decreasing pressure as you come up so you don’t create a tourniquet effect.

In this case, we don’t have an underlying ulcer. If we did, we would clean it in the appropriate manner and apply our dressing here. The next thing we would do, in this case we’re using a Curlex, basically a rolled gauze. There are some versions of this that are padded. But, this is largely to prevent shear forces from the edges of the second layer of wrap. It also holds the dressing in place and provides a little bit of absorbsion.

You start at the toe. You want to start distally. If you start up here, and your other layers start up there as well, you have this distal portion that could potentially, because the pressure is different from here to here, you can create a tourniquet effect and this portion can become even more swollen.

You want to start down at the toes and basically wrap in such a way that you overlap slightly so the edges don’t rub on the skin. Which is generally much more fragile than skin without venous stasis simply because it’s not being provided with the nutrients it needs.

The next layer is this is basically the equivalent of an ace bandage. This particular one is self-elastic. Some have hooks, some have Velcro. This is what’s considered a high-stretch elastic fabric. High-stretch meaning just what it says, it stretches a greater distance. The problem with high-stretch is that you can easily create areas where the pressure gradient is higher than in others. Also, it does not adapt to the pump function and the circumference of the leg when a patient is either ambulatory or at rest. Therefore, it can easily create a tourniquet effect if it’s applied too tight.

You want to start at the same point that you started with the underlying protective dressing. You want to have this graded now. You want to have more pressure at the foot. Generally it’s anywhere from 35 to 50 millimeters of mercury at the foot. Basically, experience dictates the feel of it. As you come up the leg, you’re going to do it in a graded fashion. You create less tension toward the top. So, you’re allowing blood flow to choose the path of least resistance and go in the proximal direction and that’s what we mean by graded compression. It’s much more important in this case because this is the first layer.

The third layer in this multi-layer compression wrap is probably the most important. Many times we see this done simply with this single layer. Sometimes that’s done for compliance reasons. But, if you add the third layer it becomes much more efficacious. As opposed to the long stretch, this is considered a short stretch dressing. Coban is the brand name but this is basically a short stretch dressing. Short-stretch means that at rest, there’s minimal pressure. The pressure is not going to be high enough to create a tourniquet effect at rest. However, when the surface increases because of ambulation or muscle contraction, this allows for that movement and basically augments the natural pump function of the leg. That is the purpose and the function and the benefit of short stretch fiber.

You basically apply this in the same fashion. And again, you do this in a graded fashion. I’m stopping short and I’m only using one for the sake of this demonstration. But, you’d obviously use as many as you need to get to just under the knee. You always want to be at that point. You would obviously be tighter here and graded so that it’s decreased at the top.

You generally don’t want to have gaps in the padding because these edges will rub against the skin and can cause actually further ulceration.

As you can see, we’ve finished our wrap. We have stopped short of the knee. But, in general you really want to go right up to just distal to the knee where you get access to the popliteal vein, the popliteal vein system. This is a grade compression. It is three layers. This is Coban which sticks to itself and creates a fairly uniform dressing.

Underneath there, if you have a venous stasis ulcer, you’ll have the appropriate absorptive dressing, maybe a calcium alginate or whatever is appropriate. You can leave this on for up to a week. But, depending on the patient taking baths or how often you want to evaluate this wound, if it’s highly secretive or potentially erythematous because of cellulitis, then you simply cut this off and check it more frequently.

It is reasonable to leave these on for as long as a week, take them off and check your progression. The other thing with this is that this alone doesn’t do the job as effectively unless you have the behavioral component which is to keep these legs elevated as much as possible. Having the lower extremities, even if they’re wrapped in a dependent position unnecessarily, i.e. sitting in a wheelchair all day long with the feet in a dependent position will not augment what we’re trying to benefit here. What we’d like to do is keep the legs elevated even when in bed and particularly when in a sitting position.

So, this is a demonstration of the three layer graded compression wrap for venous stasis and also it’s the same process for lymphedema. 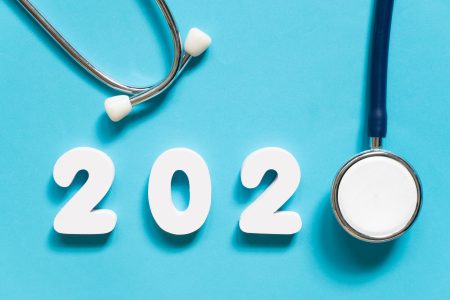 Why your 2020 Resolution Should be Bringing Value to Wound Care

Pick up a paper today or turn on the TV, and you will hear snippets about healthcare issues impacting seniors, rising costs, Medicare cuts, how to pay for care, and […]

18 Ways to Die: Antibiotic Resistance. The Crisis is Now. 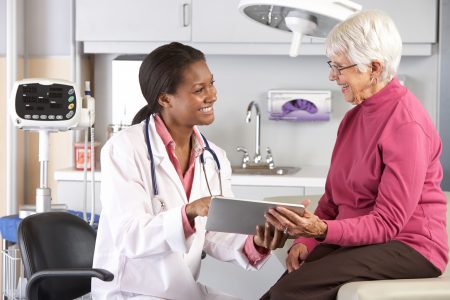 A major change in hospital discharge and post-acute referrals occurred on November 29th. Hospitals and case managers are now required to provide patients with information that assists them in making […] 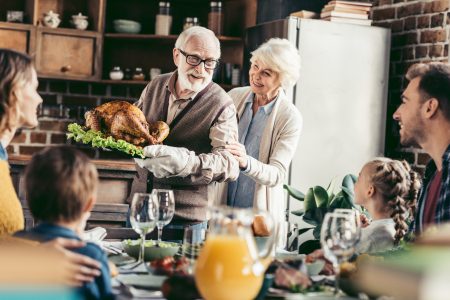 Thanksgiving: Innovating for our Future

This year, I am thankful I live in a world where things are better than they were 100 years ago.  I am thankful that 80% of the world has access […]