This course is part of Vohra's Wound Care Certification program. This program provides the training to care for wounds in the geriatric population property.

LEARN ABOUT THE PROGRAM

So the atypical wounds that we’re going to discuss today include radiation fibrosis and burns that occur post radiation treatments for most cancers, pyoderma gangrenosum, pemphigoid, malignancies, and then how we deal with them fistulas and some of their causes, and what the expectations can be.

Diagnosis and Treatment of Radiation Dermatitis

So we’ll start off with radiation fibrosis and burns. So cancer patients receive both chemotherapies, and some of them get radiation treatments. And about 50% of the people that have cancer that receive treatments will get some form of radiation as well. The degree of skin reaction that’s gotten from a radiation treatment is actually graded on a four-point scale, and we’ll go over that scale in detail in the next slide.

There are some late effects of radiation that occur, and that’s what the fibrosis is. And it’s caused by the increased formation of collagen, and mostly, the immature types, type one and type two of collagen. And it can actually continue to occur over a three-year period. So typically we think of a wound being healed and totally back to its maximum strength in about a one to two-year period, but radiation wounds can take longer due to this proliferation of this excess collagen.

One of the key things you have to note about radiation wounds is that you want to try and avoid using adhesives to the radiation area. So our typical bordered gauze and things like that we use, we want to try not to use that. But we can cover those with a hydrocolloid and then wrap it with a gauze and the tape. And the adhesive is actually just gauze to gauze, and not in direct contact with the skin itself.

If there is an open area that occurs, you want to protect that open area, and you can treat it with the hydrogel. And I like to use silver in that as well. The silver will serve as an antimicrobial to prevent infection. Like any other type of burn that we get, when we have those open areas, were we’re prone to secondary infection. So it’s a good idea to try and protect that. 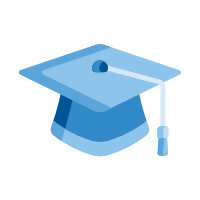 Access the Complete Online Couse to get Certified by the Leading Wound Care Provider in the country.

SHOW ME THE PROGRAM